An Easier Approach to 360 degree photography

An Easier Approach to 360 degree photography

We’ve picked up a new toy at the office recently: the LG 360 Cam. It allows you to take those cool 360 degree photos you can swivel around with using your phone’s gyroscope or a pair of “VR” goggles you stick your phone into. 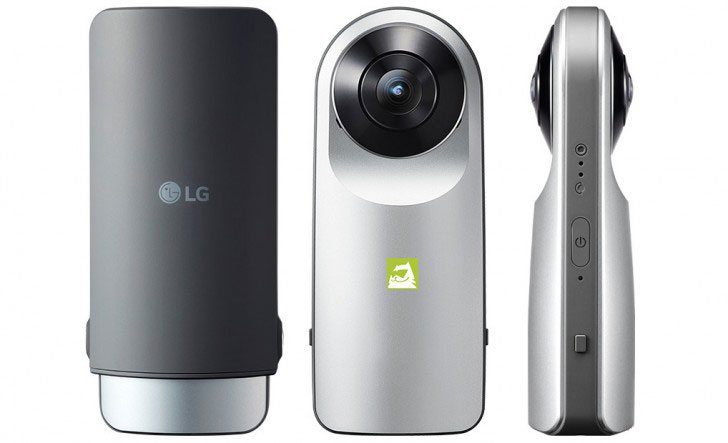 This review on CNET covers just about everything you need to know:

The LG 360 Cam is an easy-to-use and comparatively inexpensive 360-degree point-and-shoot camera. It’s compact and its clever case doubles as a handgrip. Its mobile app lets you preview and review your shots as well as control the camera. You can shoot with just one lens at a time for non-360-degree images.

For most people, the only way to take these kinds of photos is to whip out your phone, install an app, and slowly stitch together multiple photos into one big one (with a little algorithm magic) in the hopes it all comes together. Not so with this LG, which features a stupidly simple solution to the issue—it stuck two very wiiiiiiiiiiide cameras on each side, put a button on the front, and called it a day. This no frills approach is extremely successful, there are few things to screw up—you shoot once (or twice for safety!) and you’re done. You can control the camera with an app on your phone, so you can leave the room before you shoot your photo.

We think the best part about this is the price. On a good day you can pick one of these up for less than $100. Photography is a notoriously expensive hobby, but this isn’t an example of that.

So why are we talking about this on a site about the web?

Well, there’s a reason! We were approached by someone recently to shoot photos for their house which they intend to sell on their own. It seemed like a great opportunity to break out the new camera and embed some 360 photos in the ad.

Combine this with some Google Cardboard or one of those plastic headsets, and you almost don’t even need an open house. Almost.

Disclaimer: No one paid us to say any of this, we just enjoy geeking out about cameras every once in a while. The links in the article are affiliated, however. So if you decide to buy, you’d be doing us a solid.