Paying Google not to see ads? 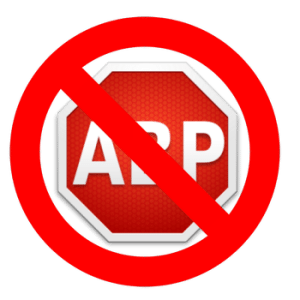 Instead of AdBlock- support your publishers with Google Contributor

One of the things we teach in our Websitetology Seminar is how Google sets the pricing for buying adwords and how they appear on a search page. Most of us never really think about how all this content we’re looking at is “free” – we just surf the web and curse ads and ignore them.

But, the reality is- those ads are what pays for the content you look at. We may get upset that we feel we’re being tracked or fed a steady stream of remarketing, but until recently, there wasn’t a way to simply enable an affordable system of “micropayments” to pay for your browsing. Every systems transaction cost was more than the cost of the micropayment.

Enter “Contributor” by Google. Set a bid on how much you are willing to pay to avoid seeing ads each month, make a payment arrangement- and browse away:

When you visit a participating website, part of your contribution goes to the creators of that site. As a reminder of your support, you’ll see a thank you message – often accompanied by a pixel pattern – where you might normally see an ad.

Forget the adblock- and support the content creators that make all the great stuff you surf everyday. This probably won’t replace a paywall anytime soon, but, it is a start to a better browsing experience.

The Guru of Google on how to get to page 1

Matt Cutts is the guy at Google who figures out how to deliver better search results- what gets to the first results page. Officially he’s the Head of Web Spam at Google- which makes sense once you realize a big part of his job is making sure that you aren’t trying to “game” Google. All those SEO tricks that may work for a minute- aren’t near as useful as new helpful content on a fairly regular basis. We’re in an “Expert Economy” and those with the newest, best answers to solve searchers problems- will be the people who get to the front page.The days of the static brochure type site are long over.Watch the video- and realize, everything that Matt is talking about is what we teach in the Websitetology seminar. He even praises WordPress, our content manager of choice right at the beginning of the video. And if you need further proof that WordPress is the bomb, it’s the tool he uses for his blog (see link above)

Some tips Matt makes are some of the things we emphasize- like make sure you add descriptions of your audio or video content as text, because Google can’t index audio. (That’s what we’re doing here!) He talks about Googles other tools, like Google base, Google Maps, Google local, as well as tips on video- Google video longer for videos longer than 10 minutes, YouTube for 10 minutes or less (although we’ve got “Directors Status” and have loaded up 30 minute videos to YouTube). He also reminds smart web content creators to use Google ad words to generate alternate key words for your posts.Matt’s best advice to a budding site builder- use a really old browser, or a text only browser to see how a bot sees your site. Flash and Javascript make your site much harder or impossible to crawl. If you do insist on using Flash, use it as decoration, but leave the navigation in HTML.If you are in Dayton OH, and want to learn all the ins and outs of building the best site for Google rank, or, if you want a seminar on how to build an easy to use, effective website that can get you to the front page of Google, you can read up on Matt Cutts or you can take the Websitetology seminar which will give you the insight to get to the top, without having to buy ad words.

I mark each trackback as SPAM- but, I can’t get my content off their site. Why do they do this? To aggregate content for search engine optimization- and then to hope to score some cash from Google Ad Sense click throughs.

Once again- if Google wasn’t so powerful, and if so many lame sites didn’t pay out huge cash to get hits through buying ad words, we wouldn’t have this problem.

The bots- scrapers, are talked about at length in the following CNET article which quotes Lorelle VanFossen who writes extensively about WordPress.

Please don’t steal this Web content | CNET News.com
automated digital plagiarism in which software bots can copy thousands of blog posts per hour and publish them verbatim onto Web sites on which contextual ads next to them can generate money for the site owner.

Such Web sites are known among Web publishers as “scraper sites” because they effectively scrape the content off blogs, usually through RSS (Really Simple Syndication) and other feeds on which those blogs are sent.

One of the questions that comes up often in the seminar is about what constitutes “Fair Use” and how much to use via the PressIt function of WordPress. My answer isn’t great, but I believe it works: always cite the source, don’t put it on your site unless you contribute something to the meaning, or understanding- making it more useful than it was in it’s original version.

This is where scrapers fail- they just copy and steal. Google should easily be able to see the original publisher- and be able to identify sites that are entirely made up of stolen content and vote them off the island- the problem is, that’s how Google makes a lot of money- and according to their ethos- getting filthy rich isn’t considered part of their “do no evil” mantra.