Blogosopher in the news or making news.

The communication divide between users of Apple’s iPhones and iPads, and Google’s range of Android devices, is shrinking. Google’s recent release of two new apps — Duo, a video chatting app, and Allo, a cross-platform messaging app — both support Apple’s iOS. This stands in contrast to Apple’s Facetime and Messages apps, which are only supported on iOS devices, effectively segregating them from the Android world.

The new video chat app, officially released August 16, highlights itself with one unique feature, called Knock Knock, which displays a live preview before a call is accepted. Although Duo is available to users of Apple’s iOS devices, the Knock Knock feature is currently only supported on Android. Google wrote in their official blog that the feature makes video calling seem more welcoming, as opposed to an interruption.

Other features sported by Duo include the ability to use phone numbers as contacts for video calls, end-to-end encryption of calls, automatic switching between the use of WiFi and mobile data for video streams, and the use of low-bandwidth optimization, which allows for the quality of the video stream to be adjusted based on network activity, and prevents calls from dropping. Duo does, however, currently lack the ability to make conference-style calls to multiple recipients at once — features supported by Apple’s Facetime and Microsoft’s Skype apps.

Google’s brand new instant messaging app, released on September 21, boasts perhaps the most extensive list of features of any messaging app to date. One feature which helps bridge the communication gap is the ability for messages sent in Allo to be automatically converted to SMS, free of charge, and delivered to users who don’t have Allo installed on their device. This allows Allo users to use it as their preferred messaging app even if their recipient doesn’t wish to install the app on their device.

Taking advantage of Google’s innovative artificial intelligence technology, Allo includes a feature called Smart Reply, which uses predictive analytics to study how you send messages and makes suggestions that attempt to emulate your style of reply, which can be sent with a single button press. This feature is further enabled by personal assistant features, which work in a similar way to Apple’s Siri and Microsoft’s Cortana.

Replies generated by Smart Reply can include animated stickers, similar to Facebook Messenger’s. Other style-related features include “Whisper Shout,” which allows users to increase or decrease the size of messages in an effort to signify volume, and the ability for users to draw on pictures before they are sent.

Taking a cue from the popular Snapchat app, Allo allows users to enter “Incognito mode,” a carryover from Google’s Chrome browser, which sends messages that are off the record, auto-destructing from both Google’s server after delivery, and the recipient’s device shortly after viewing. Messages sent in Incognito mode make use of end-to-end encryption.

The Allo app has been criticized by privacy advocates and security experts for not applying end-to-end encryption by default to messages not sent in Incognito mode. While this encryption can be enabled to cover all messages, some say the decision to have it disabled by default can still lead to scenarios where privacy and security are violated. Critics include famous NSA whistleblower Edward Snowden, who criticized the app on Twitter, referring to the app without encryption enabled as “Google Surveillance,” in part because of US foreign intelligence courts’ refusal to deny any surveillance requests.

Thinking about #Allo? Last year, our secret court approved 100% of requests for surveillance. They would cover Allo. https://t.co/oYtc3Pu8tx

How to win at E-bay without really trying

Some people give up on buying on ebay because they never win. I’ll tell you the secret to never losing. Never bid on an item until the very last split second, or you are bidding against yourself.

But, you don’t want to sit at the computer when every auction closes? Here is the secret- use a sniping service like eSnipe.

Esnipe allows you to place as many bids on as many auctions as you want (in a “bid group”) where it will automatically bid your max dollar until you win.

Example- my girlfriend wanted a Sonicare toothbrush. These cost about $116 new, but plenty are available on Ebay auctions NIB (new in box). We bid on a bunch of auctions to end up at $65 with shipping. E-snipe kept bidding and losing, until, jackpot- we won one with free shipping for $54! Cost to us- esnipe sells credits for pennies on the dollar bid- so under $1.00 extra to get a toothbrush for half price. 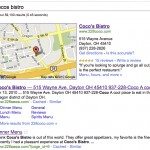